The Nemaha County Historical Society recently received a generous donation of Scrafford family items. Included in the collection is a large photo of Nancy Hayes Scrafford. According to the inscription on the photo, Mrs. Scrafford made history as she was the first woman to cast a ballot after women received the right to vote in municipal elections. (Note: We are assuming this to be the first woman in Seneca to vote.) 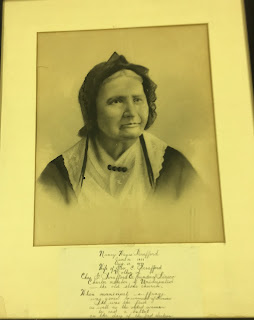 According to the article on "Women's Suffrage," by the Kansas State Historical Society, this vote was likely cast in 1887. (https://www.kshs.org/kansapedia/women-s-suffrage/14524)

Also included in the family items was the funeral program for Charles E. Scafford. 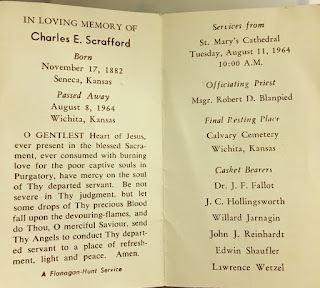 Several family letters were also included in the collection along with copies of teaching certificates. 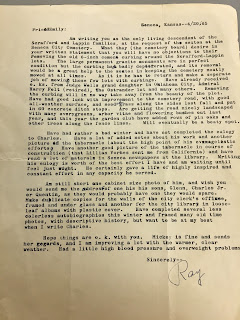 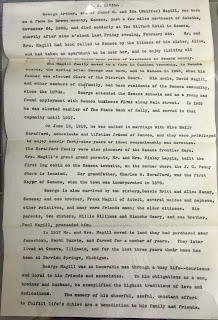 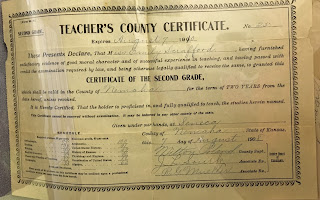 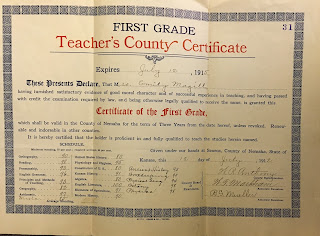 The museum got an interesting inquiry today, "What did the inside of the old high school look like - particularly the stairwell?"

Since almost all of the historical society's pictures were of the outside of the building, this was a puzzle. After some more digging, pictures of the stairwell were found in the Seneca High School 1949 yearbook. 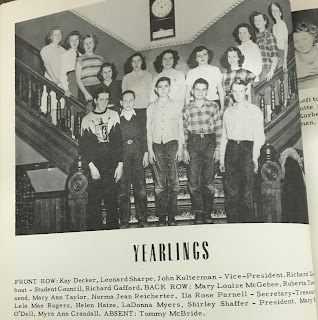 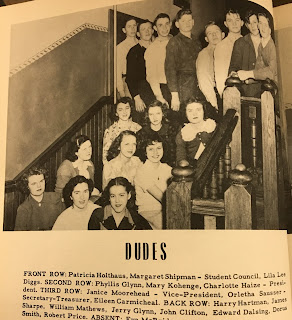 The 1968 yearbook had some additional pictures of the inside of the school. 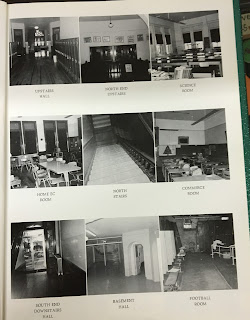 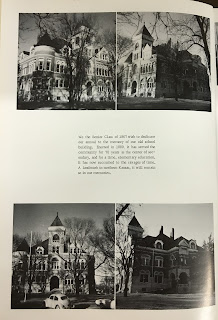 Nemaha County, Kansas is home to some beautiful sanctuaries. St. Mary's Catholic Church of St. Benedict, Kansas was one of the finalists for the Eight Wonders of Kansas contest sponsored by Kansas Sampler. 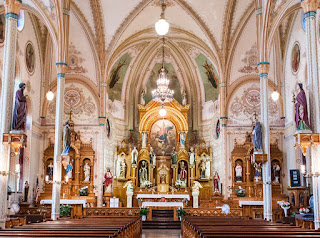 Experience the wonder of this sanctuary:


In addition to St. Mary's, Nemaha County is home to several other beautiful sanctuaries: 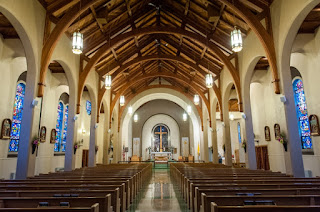 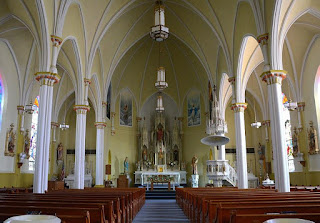 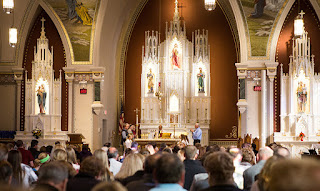 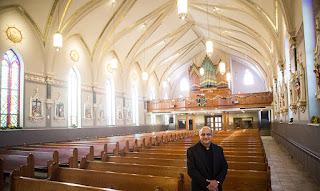 Two of these churches were featured in the 'Holy Destinations' series by the Archdiocese of Kansas City.

Tales of a Lynching

The museum got a request this morning for info on a MOONEY that was involved in an incident recorded in the early histories of Nemaha County that resulted in a lynching.

This event is mentioned in Tennal's History of Nemaha County in the section, The State of Kansas vs. Wilton Baughn. The case involved the pursuit of 4 horse thieves: Jackson, Strange, Baughn and Mooney. The posse arrested Jackson and Strange. However, Baughn and Mooney escaped on foot and were pursued. When Baughn and Mooney were confronted, Jesse Dennis was shot. Melvin Baughn, the chief offender, was arrested in 1867 in Leavenworth. Baughn was tried in 1868. Judge Graham ordered that Baughn be hanged on Sept. 18, 1868.

No further mention of this Mooney is mentioned in Tennal's history. There is a James Mooney that migrated from Illinois to Centralia in the 1880s -- about 20 years after the hanging.

While trying to locate information on this Mooney, another hanging involving a Mooney was found. 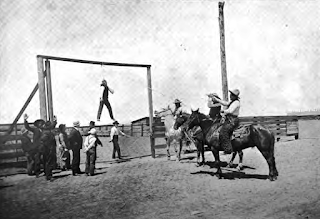 Did you know that Kansas Probate records are available on Ancestry?

Below is Ancestry's description of the collection. 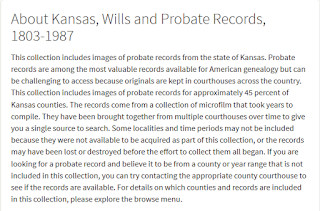